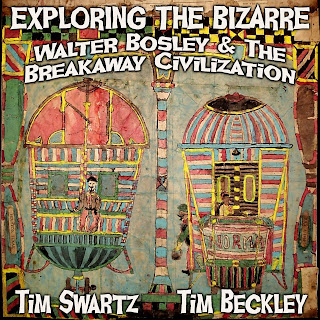 Timmy B celebrates his birthday in the backroom Las Vegas style (ya baby), as Tim Swartz holds down the (Charles) fort with "special agent" (i.e. US Air Force Office of Special Investigations and FBI Security) guest WALTER BOSLEY best known as an investigator of historical occult mysteries, author of pulp fiction novels and a screenwriter who has appeared on History Channel's 'Ancient Aliens.'.
After nineteen years in national security, Walter is a licensed private investigator in California where he also runs his small press publishing company, Lost Continent Library, founded in 2002. Bosley has traveled much of the world, both on the job and off, including trips through Mexico and South America with David Hatcher Childress whose WEX Magazine has published articles by Bosley. Walter Bosley was born in San Diego, California, and attended SDSU where he earned a B.A. in Journalism. He has been employed by the Federal Bureau of Investigation, is an inactive reserve officer in the US Air Force for which he served as a Special Agent of the AFOSI while on active duty, and then worked as a counterterrorism operational consultant for six years following military service. Bosley spends his time writing fiction and non-fiction, as well as investigating strange mysteries, in between PI assignments. The latest news about Bosley's projects can be found at the following blogs: empireofthewheel.blogspot.com & lostcontinentlibrary.blogspot.com
I guess we will never really know what went out behind the green door for Beckley's birthday but Peter did manage to sneak in an animation camera and got a few clips which hopefully won't end up on Pron Hub. Happy Bithday to Tim Beckley! Now quick, let's party while there's beer left! 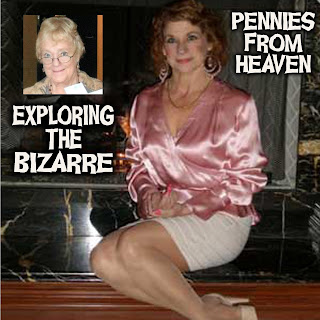 Next time you see some loose change in the house don't assume its just "chump change" as it could be a sign from a deceased love one. .Nancy Northrop and Maria D' Andrea talk about "Pennies From Heaven," and "dating" in the Summerland. Have no fear death is not the end and you can take it with you. Uplifting and revealing findings no longer considered "fringer" that the name on your tombstone is of little importance to anyone but the caretaker. Live on my friends. Live on. Free subscription ConspiracyJournal.com
Posted by Unknown at 3:02 AM No comments: 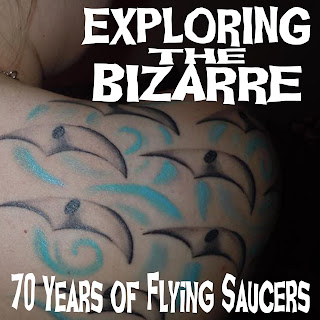 It all started on June 24, 1947 when civilian pilot Kenneth Arnold observed a fleet of 9 unknown objects which reflected the rays of the sun, and were traveling at over 1700 mph between the peaks of Washington's most beautiful Mount Rainier. Exploring The Bizarre's Tim Beckley and Tim Swartz welcomes Arnold's grand daughter, SHANELLE SCHANZ to our microphones in a rare interview. She is joined by veteran UFO researcher and optical expert DR BRUCE MACCABEE whose recent book "Three Minutes In June" is a definitive study of this historic event. Going into depth we also learn about Arnold's additional sightings that have never been reported and the threats against him should be speak out on this subject. There are also paranormal incidents in Arnold's life and synchronicities. Not to be forgotten is what Beckley calls the "June 24th Enigma," in which over a dozen UFO researchers have passed away on the anniversary of the pilot's sighting. It is not generally understood that Arnold believed that UFOs might be other than extraterrestrial in original, and was swayed more toward a paranormal understanding of the phenomena in the latter part of his life. Listen to the show live every Thursday evening at 10 Eastern on KCORradio.com

Posted by Unknown at 7:27 PM No comments:

Earth Is A Computer Simulation. Is The Matrix Bubble Bursting? 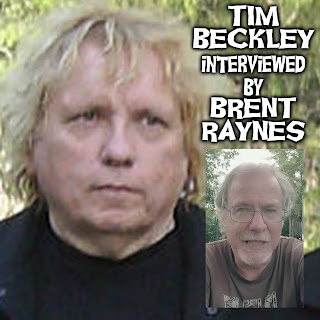 Seasoned journalist and editor of Alternative Perceptions (free on line magazine http://apmagazine.info/) interviews the esteemed Tim Beckley publisher and editor whose most recent work "The Matrix Control System of Philip K Dick and The Paranormal Synchronicities of Timothy Green Beckley" tackles some very intriguing cosmic questions regarding our Earth being a computer simulation and the "fact" that we may be living inside a Matrix bubble which could be about to burst (and than where will be find ourselves). Beckley is the host of the weekly podcast, "Exploring The Bizarre"...Enjoy this special bonus.
Posted by Unknown at 7:27 PM No comments: