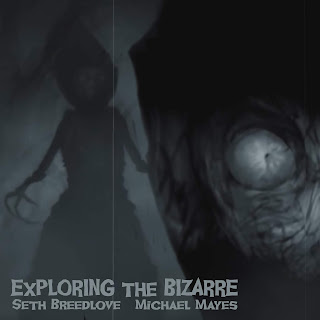 Join “Exploring the Bizarre” (KCORradio.com) hosts Tim Swartz and Tim Beckley as they hunt Alien Big Cats and Other Small Town Monsters With Guests MICHAEL MAYES and SETH BREEDLOVE.
A cryptid creature is usually thought of as something whose existence has yet to be proved or disproved by science. The Loch Ness Monster, Bigfoot, Mothman and the Jersey Devil are good examples. Then there are the things that are known to exist, but are seen outside of their usual habitats. Phantom cats, also known as Alien Big Cats (ABCs), are large felines, often reported as "black panthers," that are spotted in places where such animals shouldn't be around, yet people continue to spot them. Michael Mayes joins us tonight to talk about his new book: ""Shadow Cats: The Black Panthers of North America." Also with us is Seth Breedlove, whose film, "The Flatwoods Monster: A Legacy of Fear" looks at one of the earliest UFO Occupant controversies. Both are available on Amazon. Free newsletter www.ConspiracyJournal.com

Posted by Unknown at 3:47 PM No comments: 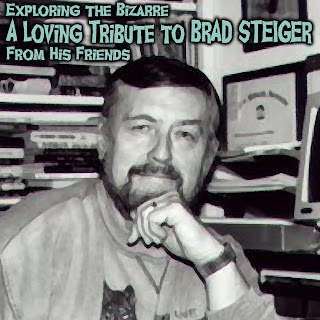 The much loved and respected researcher BRAD STEIGER passed away on May 6th (2018) after being critically ill for some time. For over 50 years BRAD STEIGER was the paranormal's quintessential author with over 180 books to his credit and 20 million copies sold worldwide in just about every language. He is best known for his works on UFOs, ghosts, astral travel, Native American Shamanism, Psychic Pets and a wide variety of spooky stories and Fortean phenomena. Approximately a year before his passing a number of his friends gathered to pay tribute to Brad and to converse on how his creativity had effected their own involvement and careers in UFOlogy and the paranormal. Exploring the Bizarre hosts Tim Beckley and Tim Swartz welcome Allen Greenfield, Rick Hilberg, Nick Redfern, Paul Eno and Brent Raynes to the KCORradio.com studio as Brad learns -- being completely unaware what is to happen -- that he is to be crowned "King For A Day." His final book " Ghosts, Night Terrors, and Threatening Phantomis" is to be published in October 2018 by Visible Ink Press. He is survived by his wife Sherry , loving family members and millions of devoted fans. Free newsletter http://ConspiracyJournal.com
Posted by Unknown at 9:43 AM No comments: 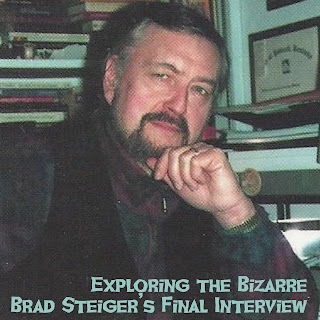 Renowned UFO researcher and paranormal pioneer Brad Steiger passed away on May 6th after a prolonged illness. Over the course of 50 plus years, Brad wrote nearly 200 books on a wide variety of Fortean, Psychic and "New Age" topics. He has to this day millions of devoted fans who have consumed his work in a variety of languages worldwide since the mid 1950s when he wrote his first paperback on ghosts. He lectured and traveled widely along with wife Sherry Steiger who co-authored numerous books with Brad and shared his interest in unexplained phenomena.
Join us as Exploring the Bixarre (KCORradio.com) hosts Tim Beckley and Tim Swartz speak with Brad in what is believed to be his finally interview recorded just before Halloween Published on Oct 31, 2017 . . . Legendary paranormal author Brad Steiger and podcaster Samantha Scarlette joined us to celebrate their favorite horror-filled "holiday." Yes! You should be afraid of the dark insists the veteran UFOlogist and paranormal pioneer.
Steiger who, before his passing, was already legendary as a writer/researcher on UFOs, monsters, haunted dwellings is considered among the top Fortean researchers in the world. Samantha is the host of "Blackout" On Idobi Radio, the owner of MK-Ultra 90 Clothing and is also an alternative model. She is thought to be the only female rocker to perform while in aerial suspension. It was a great show that should not be "lost" so we are posting for all to enjoy. Free newsletter - mrufo8@hotmail.com

Posted by Unknown at 9:40 AM No comments:

It's A Mad, Mad Occult Tea Party - Afraid To Take A Sip? 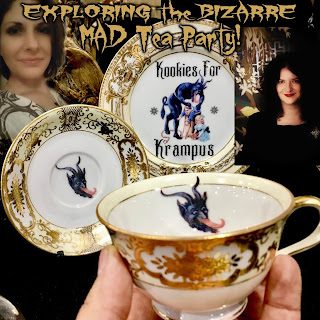 Melissa Johnson and Sheila Renee Parker join Tim and Tim! MELISSA JOHNSON tells Exploring the Bizarre (KCORradio.com) hosts Tim Beckley and Tim Swart that she wants to be the goth Martha Stewart. She is descended from antique dealers, grew up at flea markets, and some say was even born in a garage sale. She loves all things weird and creepy and haunted. While SHEILA PARKER is a writer, artist and empath and an expert on all things paranormal. She has had any number of weird experiences growing up and is an internationally acclaimed novelist whose book "The Spirit Within" is an intoxicating story of a betrayed love with a unique supernatural twist. So sit right down. Alice is due at any moment. In the mean time check out our site www.ConspiracyJournal.com

Posted by Unknown at 5:17 AM No comments: 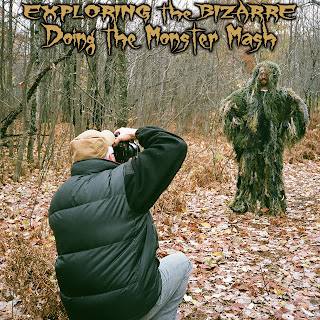 Well known cryptozoologists LINDA GODFREY and PAUL BARTHOLOMEW join Tim Beckley and Tim Swartz hosts of Exploring the Bizarre (KCORradio.com) as they do the Monster Mash. Put your right foot up and your left foot forward to find out whats been dogging Dogman and irritating that big flapper Mothman whose moved from rural WV to Chicago. Almost 2 hours of music to your ears all sung by two of the best story tellers in the field of American monster lore. . So grab your partner and get out on the dance floor and send for your free newsletter mrufo8@hotmail.com
Posted by Unknown at 5:17 AM No comments: