Spooky Stories To Hide Under TheCovers From 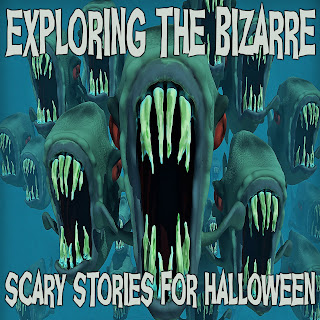 Exploring the Bizarre (KCORradio.com) hosts Tim Beckley and Tim Swartz get to hear some of the spookiest stories that are guaranteed to frighten and send chills down your spine. They are joined by ALLEN GREENFIELD, the "MIB Lady," CLAUDIA CUNNINGHAM, SUSAN FOWLER, PAUL DALE ROBERTS as well as ANNA MARIA ELISA MANALO. It's a true paranormal free for all, with everyone digging into their bag of tricks to pull out the scariest tales possible. You will want to turn down the lights, and turn up the audio and buckle yourself in for an incredible evening of tales from the crypt.

Posted by Unknown at 1:44 PM No comments: 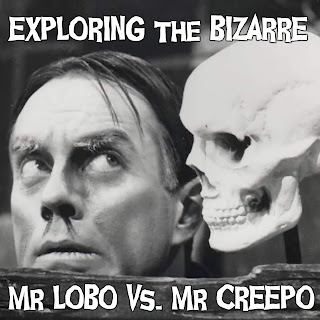 Exploring the Bizarre (KCORradio.com) hosts Tim Swartz and Tim Beckley put on their Michael Meyers masks to engage in a down and out horror movie scream fest welcoming horror hosts MR LOBO and MR CREEPO, along with UK' own monster hunter MARK ANTHONY RAINES. Mr. Lobo's Cinema Insomnia features timeless late-night films, and his appearance in the long awaited remake of "Plan 9 From Outer Space," should not be missed. Together with the wickedly funny Mr. Creepo they discuss everything horror, including the release of the new "Halloween" film starring Jamie Lee Curtis. They along with Swartz talk about their favorite monster flix from Frankenstein on down to the present slasher titles. Mark joins in with this terrifying thoughts and peppers the conversation with all the latest cryptid sightings from across the pond. Delightful show. Never a dull moment. Free newsletter - www.ConspiracyJournal.com
Posted by Unknown at 1:08 PM No comments: 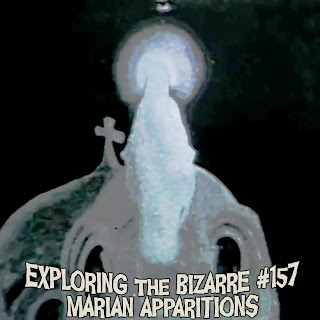 Get me to the church on time. Exploring the Bizarre (http://KCORradio.com) hosts Tim Beckley and Tim Swartz welcome KEVIN COOK and regular PAUL ENO as they explore the strange universe of miracles and other wonderous phenomena, including the 3 prophecy of Fatima and the mystery of the "falling sun." Whether you are religious or not you will have to admit after hearing our guests that miracles occur every day for which there is no explanation. Kevin Cook is a student of the paranormal and a former minister. Upon converting to Catholicism he experienced some very moving paranormal events which encouraged him to investigate Marian apparitions. Paul Eno was one of the first paranormal investigators of the early 1970s, beginning while he was studying for the priesthood. His early mentors included Dr. Louisa Rhine, Fr. John J. Nicola and the legendary (though very controversial) Ed and Lorraine Warren. Both guests hosts their own shows. Google them for more information. Free newsletter - mrufo8@hotmail.com

A Call To The Future 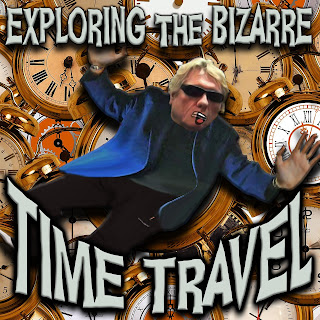 Exploring the Bizarre (KCORradio.com) hosts Tim Beckley and Tim Swartz welcome ERIC WARGO and LARRY FLAXMAN who discuss the idea that precognition is caused by events-to-be experienced casually acting back upon the now, whether in the form of a vivid precognitive dream or a sudden waking vision. In other words, your future can influence the present, it is a progression of awareness. Beckley describes his most recent synchronicity and together they all talk about "Time Loops" which happens to be the title of Eric's first book. Here is the future, time slips, shifts, alternative realities and other mysteries, all unraveled. Free newsletter http://ConspiracyJournal.com

Posted by Unknown at 1:30 PM No comments: 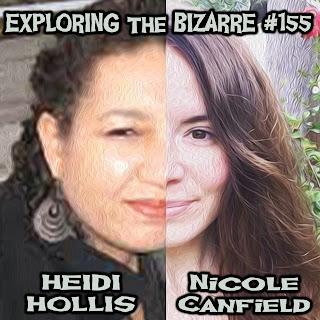 Exploring the Bizarre (KCORradio.com) hosts Tim Beckley and Tim Swartz open with another of "Mr UFOs" bizarre synchronicities that defy explanation (this one involving Walli Elmlark the "White Witch of NY," and exorcist to David Bowie) and than introduce guests HEIDI HOLLIS and NICOLE CANFIELD. Both guests have some really strange stories to tell involving the Hat Man and Shadow People, further revealing how these apparitions differ from the "traditional" ghost sightings. The Hat Man wears a hat which has appeared as atop hat in some sightings and a fedora in others. Heidi is a talk show host in her own right "The Outlander Show" and researcher of UFOs, poltergeist, ancient mysteries and holy visions. Nicole has studied the paranormal her whole life and writing about it for almost a decade. Her main interests are demons, fairies, mystical concepts and paganism, inspired by the fact that she was raised in a haunted house. Free newsletter www.ConspiracyJournal.com - www.TeslaSecretLab.com

Posted by Unknown at 7:13 AM No comments:

ET Sex, Stolen Children And The Fairy Kingdom Of Magonia 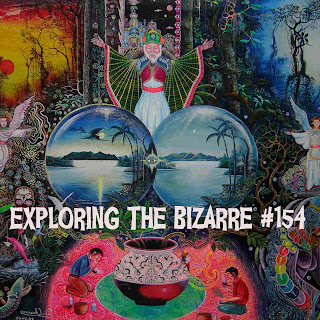 Exploring the Bizarre (KCORradio.com) hosts Tim Beckley and Tim Swartz welcome JOSHUA CUTCHIN and SUSAN DEMETER ST CLAIR who proceed to blow the lid off of some shockingly unearthly topics. Josh's latest literary offering is "Thieves in the Night: A Brief History of Supernatural Child Abductions." which parallels the recent release of Tim and Tim's "Screwed by the Aliens: True Sexual Encounters With ETs." Along with St Clair whose interests include anomolies, tricksters, folklore, magick and witchcraft, the group says for the most part its time that we "re-frame the debate" when it comes to UFO the paranormal and a variety of Fortean phenomena. This is an episode you will not want to miss! Free newsletter - http://ConspiracyJournal.com 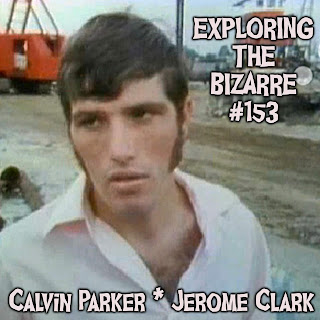 Exploring the Bizarre hosts Tim Beckley and Tim Swartz reopen the amazing UFO abduction case of CALVIN PARKER and the late Charles Hickson both of whom were taken aboard an "alien craft" during in the fall of 1973, at the height of UFO activity in the U.S. Astronomer and former Blue Blook consultant Dr. J Allen Hynek proclaimed this one of the best cases investigated by his Center for UFO Studies. JEROME CLARK editor of the Center's prestigious journal discusses the attitude of the public following the incident at Pascagoula and other credible UFO encounters from the same period, making it the abduction one of the most memorable UFO flaps in American history. Calvin Parker remained silent for over 40 years until he went public recently with the release of his book " Pascagoula -- The Closest Encounter," issued by Flying Disc Press. Free newsletter www.ConspiracyJournal.com

The Monsters Among Us - State Of The Unusual! 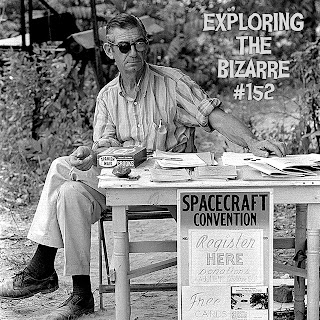 Exploring the Bizarre (KCORradio.com) hosts Tim Beckley and Tim Swartz welcome JOHN TENNEY and STEVE WARD to talk about the state of the weird and bizarre. In this fast paced edition, our guest discuss UFOs, Bigfoot, Mothman, Dogman, Elves and Time Travelers. To say nothing of secret UFOs bases and Bohemian Vampires. Free newsletter ConspiracyJournal.com