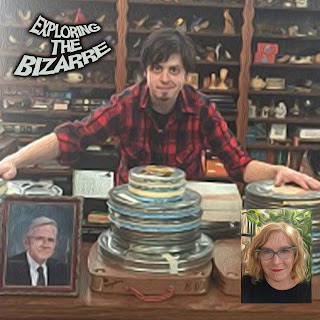 Strange things are happening on Exploring the Bizarre (KCORradio.com) as hosts Tim Beckley and Tim Swartz probe the mysterious and mystical beliefs of BRIAN ROSSENQUIST and DENISE SIEGEL. Rosenquist is a filmmaker, animator, stereoscopic 3D photographer, writer and special FX artist who is working on a doc about a series of gory Christian exploitation films made by prolific exploitation film director Ron Ormond and Baptist preacher Estus Pirkle in the 1970s. -- Besides being an accomplished psychic and astrologer Siegel is also a visual artist, musician, songwriter and author whose most recent work is "Astrology of Donald Trump and the Fate of His Presidency." Her novel "Trees for the Forest" is based on a series of visions she had in the late 1990s. We think you'll enjoy sitting in on the conversation with us. Free newsletter at http://ConspiracyJournal.com
Posted by Unknown at 5:40 AM No comments:

Unknown Images And A Kentucky Ghost Hunter - Its Paranormal! 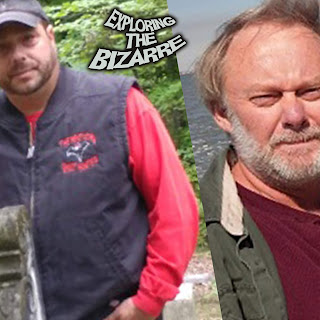 Things really get spooky as Exploring the Bizarre (KCORradio) hosts Tim Swartz and Tim Beckley invite DARRELL EDGELL and DEAN KNIGHT to put their best ghostly foot and form forward. While growing up, Edgell heard his mother and talk about the apparition of a deceased brother. And at 19 he had his first encounter with the unknown when a little girl stepped out of the back bedroom and approached her. She appeared several time. and now he takes his camera with him wherever he goes -- and he is seldom disappointed as some of the best and worst spirits appear to him and are caught by the eye of the camera. Knight is The Kentucky Ghosts Hunter who has been to so many haunted places that spooks are kind of second nature to him. He has a network of people who deal in the paranormal globally and he is also willing to help those that are truly scared. This is no dog and pony show. Its the real stuff. Not your Saturday night cable TV fare. Free newsletter www.ConspiracyJournal.com Catch our show every week. Over 400 of the top investigators now on our YouTube channel. Two ghosts -- I mean guests -- each show. Guaranteed no dead air boy and girls!
Posted by Unknown at 1:26 PM No comments: 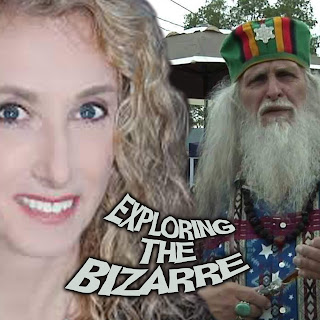 Join the hosts of Exploring the Bizarre (KCORradio.com) Tim Swartz and Tim Beckley as they try to find out the meaning of life with guests DR RAJA MERK DOVE and SUSAN SHUMSKY. In our search for truth and meaning, there have been generations of teachers, masters and ascended beings, who have sought to guide mankind into a greater understanding of this reality and others. As well, techniques have been introduced (rituals, meditation, prayer) to help free their consciousness from the banalities of the material world and see the true universe in all its glory. It started with mushrooms with Dr. Dove who has traveled the world in search of universal truths. His adventures have been monumental. Same with Dr. Shumsky who is a respected spiritual teacher, award winning author and founder of Divine Revelation. For 22 years her mentor was Maharishi Mahesh Yogi, who was the the Beatle's guru. Free newsletter at www.ConspiracyJournal.com
Posted by Unknown at 1:23 PM No comments: 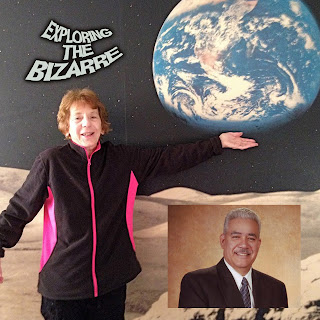 Exploring the Bizarre (IKCORradio.com) hosts Tim Beckley and Tim Swartz welcome DR. IRENA SCOTT and REY HERNANDEZ as they introduce their research into  reports of people who experience UFO sightings  and repeated encounters throughout their lives.
Posted by Unknown at 2:35 PM No comments: 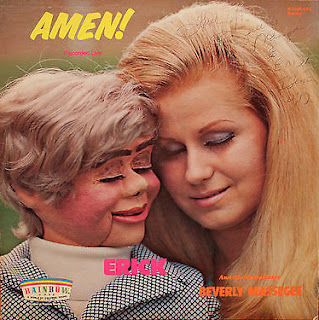 Join hosts Tim B and Tim S for A NIGHT OF SECRETS on "Exploring the Bizarre" (KCORradio.com). In an historic first listen to BEVERLY OLIVER MASSAGE, dubbed the "Mysterious Babushka Lady"  by JFK researchers, who says she was in Dealey Plaze in 1963 when JFK was assassinated with her new 8mm camera photographing the President -- the film was later confiscated by the FBI and never returned (what else is new?). She worked next door to Jack Ruby's club and was introduced by Ruby to Lee Harvey Oswald. Beverly gives her pointed opinions on the who, what and why of JFK's murder by the hands of the "secret government." -- --  And stay tuned as film maker CODY KNOTTS brings us up to date on new findings surrounding the classic Kecksburg, PA UFO Crash. Knotts is working on a feature film on the events which he describes as "sci-fi horror." Due to be released in 2019, the Kecksburg incident is often referred to as the "Pennsylvania Roswell." Knotts states: "Our goal is to bring the events to life. Eyewitnesses stated they saw alien bodies removed. We believe them versus the government. Free newsletter www.ConspiracyJournal.com

Posted by Unknown at 2:27 PM No comments: