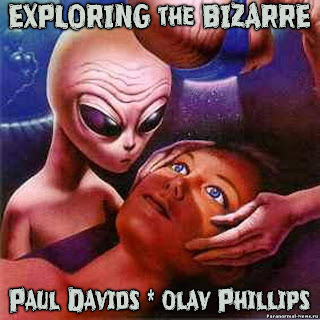 Exploring the Bizarre (KCORradio.com) hosts Tim Beckley and Tim Swartz agree with our guests that the mind is a dangerous thing to manipulate!  Producer/author PAUL DAVIDS reveals how he was involved with an LSD laced series of CIA sponsored hypnotic experiments while at Princeton. Some were driven "crazy." Assassinations might have been involved with the overall scheme of things. See his new book "Blowing America's Mind." -- OLAV PHILLIPS is a conspiracy researcher, writer, author and publisher, who specializes in the Secret Space Program, exotic aircraft, high technology, foreign police. Here we talk about the new book "Occult Secrets of the Third Reich,"  published by Beckley's Conspiracy Journal with a contributing chapter by Phillips.  We cover a lot of ground. Its very frightening stuff. Free newsletter www.ConspiracyJournal.com

Posted by Unknown at 6:06 AM No comments:

Pookas, Fairies and Other Mysterious Creatures 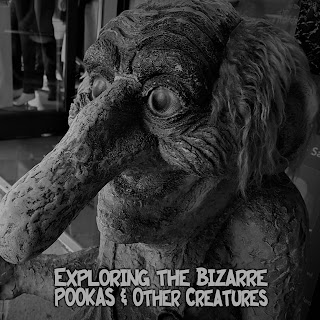 Exploring the Bizarre (http://KCORradio.com) hosts Tim Beckley and Tim Swarts discuss "things that lurk in the dark" with guests MARIA D. JONES and VARLA VENTURA.There are, state these author/researchers, mysterious creatures that haunt the dark places of both our planet and our minds. When the world was much younger, and people were few, the places outside the villages were dangerous. This danger came not only from wild predators such as wolves or bears, but also from things that tear you limb from limb and devour your soul in the process. Here are the devils, demons, angels, pookas and changelings and a lot more beside. Free newsletter http://ConspiracyJournal.com
Posted by Unknown at 11:56 AM No comments:

Stranger At The Pentagon: Val Thor And Other Venusian Walk-Ins! 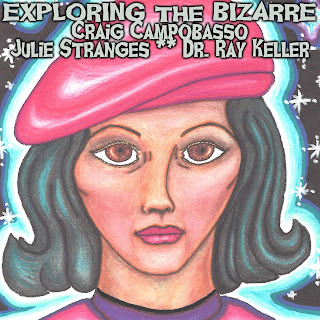 The UFO contactees of the 1950s and 60s knew the score; that the Ultra-Terrestrials they communicated with were arriving here from Venus and looked so human that they were believed to be living amongst us. Exploring the Bizarre(KCORradio.com) hosts Tim Beckley and Tim Swartz get the low down on our visitors from space as they speak with author DR RAYMOND KELLER and film producer CRAIG CAMPOBASSO. Beckley admits he loves the contactee yarns but admits some of their stories lacked validation. JULIE STRANGES wife of the late FRANK -- STRANGER AT THE PENTAGON -- STRANGES joins us to confirm her husband's encounter(s) with this Nordic-like "Venusian" who has become a full on member of the UFO pop culture, believe the story of a spaceman with NO finger prints and a space suite that cannot be destroyed or not. Free newsletter for all our books and activities from http://ConspiracyJournal.com
Posted by Unknown at 4:00 AM No comments: 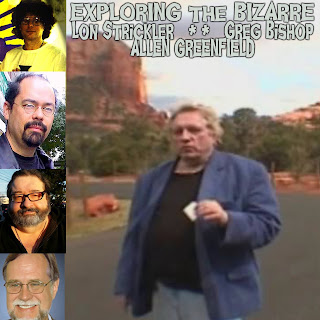 Tim Beckley and Tim Swartz -- hosts of Exploring the Bizarre (KCORradio.com)-- talk shop with cryptid researcher, LON STRICKLER, Radio Misterioso's GREG BISHOP, and the always light on his paranormal feet ALLEN GREENFIELD. Its an offbeat but upbeat review of 2017's worlds within world, as the existence of parallel universes become more acceptable, sightings of Mothman over Chicago draw media attention, and the NY Times UFO cover story brings us closer to exposing the Cosmic Watergate (or does it?). Greenfield reveals he had over a synchronicities after reading "THE MATRIX CONTROL SYSTEM OF PHILIP K DICK." Oh, and join us as we attempt to identify a dozen unexplainable Fortean sounds. Yes! We've come a long way in the last 12 months. Don't you agree? Give your opinion and get a Free Newsletter at mrufo8@hotmail.com
Posted by Unknown at 4:00 AM No comments: 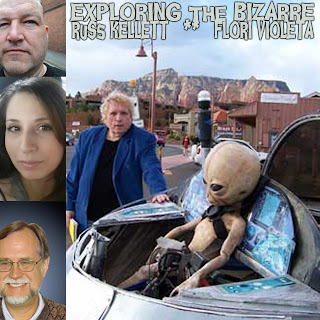 Exploring the Bizarre hosts Tim Beckley and Tim Swartz probe one of the most sensational UFO crash cases out of the UK. RUSS KELLET has set up The British UFO hunters (B.U.F.O.H.) a group of UFO investigators and researchers that conducts unbiased scientific research into UFO sightings, abduction and related phenomena. He shares a wealth of information, including accounts of his own abductions. FLORCITA VIOLETA is a Virginia mother and UFO experiencer. Visitors to Flori's home often complained of feeling uncomfortable. In fact, once, a guest minister from their church refused to even set foot on the property, claiming that he sensed demonic presences associated with witchcraft. The high strangeness continued with Flori, who along with her best friend, experienced a UFO encounter in early 2016. Even though both women recorded the event, the video's mysteriously vanished from both of their phones. Free newsletter - http://ConspiracyJournal.com mrufo8@hotmail.com