Inside UFOs With The CIA - Top Secret! 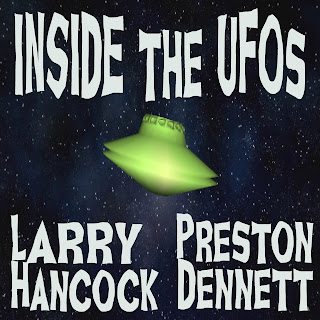 Join Exploring the Bizarre (KCORradio.com) hosts Tim Beckley and Tim R Swartz as they go deep inside covert operations of both the aliens and our earthly intelligence organizations. LARRY HANCOCK has long explored the workings of the CIA and the FBI and the "Shadow Warfare" practices of these hush-hush groups. In his recently published "Unidentified: The National Intelligence Problem of UFOs," Hancock brings his knowledge of cultural anthropology, military history and national security subjects to examine UFOs, concluding that both military and civilian intelligence groups failed to resolve what was once official stated to be a serious security and air defense problem. And go off world with UFOlogist PRESTON DENNETT to examines some of the most bizarre ultra-terrestrial encounters as described in his recently released "Inside UFOs: True Accounts of Contact With Extraterrestrials." -- You will meet all sorts of weird beings on board these dazzling craft. The program moves along at high velocity warp speed! -- Get FREE newsletter at www.ConspiracyJournal.com 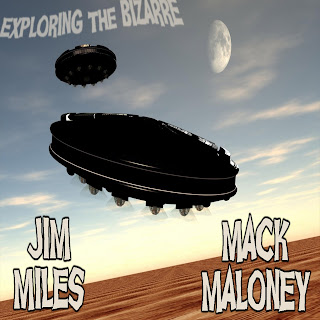 JIM MILES and MACK MALONEY join Exploring The Bizarre hosts Tim Beckley and Tim Swartz to discuss Strange Phenomena and the Military Connection. They tell us that UFOs have made their presence known during wartime, with sightings made by high ranking officials, soldiers and reporters. Both gentlemen also entertain and educate us to their research on ghosts, hauntings and cryptid creature such as Bigfoot seen roaming Army bases. Discussion also zeros in on the Foo Fighters, Ghost Rockets and Churchill's attempt to cover up an important UK sighting. Free newsletter www.ConspiracyJournal.com
Posted by Unknown at 1:27 PM No comments: 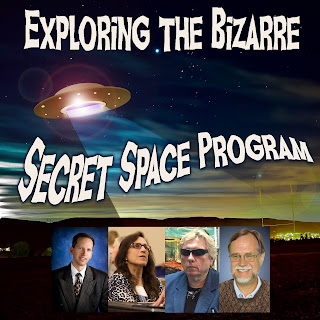 MICHAEL SCHRATT and LINDA ZIMMERMANN join hosts Tim Beckley and Tim Swartz to discuss the concept that some of the mysterious objects sighted by credible witnesses could be part of a top secret space program possibly based upon the back engineering of ET technology. If true who is responsible. Nazi time travelers? Tesla? Skunkworks? The rumors have been around for decades that SOME of UFOs might be part of a the black budget program. Said Senator Daniel Inouye from Hawaii: "There exists a shadowy government with its own Air Force, its own Navy, its own fundraining mechanism, and the ability to pursue its own ideas of the national interest, free from all checks and balances, and free from the law itself." Zimmerman concedes that some of the sightings in the Hudson Valley could be stamped "made in the U.S.A.," though she points out that reports from the area go back as far as 1900, so that this theory is not totally acceptable. This is one of the best shows we have aired on Exploring The Bizarre. Let us know your feelings. Free newsletter at ConspiracyJournal.com
Posted by Unknown at 3:08 PM No comments: 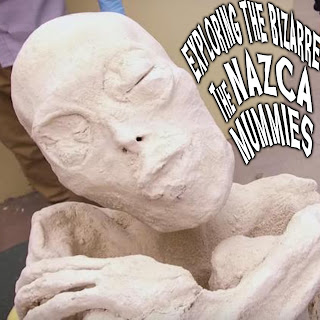 BARRY FITZGERALD and STEPHEN MERA (Publisher,"Phenomena"(a free on line monthly) herald what has the potential of being one of the greatest archaeological discoveries of our time -- the discovery of what has become known as, The Council Of Three," the controversial 3 fingered Nazca Mummies of Peru. Many of Exploring The Bizarre's loyal listeners are aware of the numerous headlines being publicized by Gaia TV and Jamie Maussan. But many are asking...are we being fooled again? This is not the first time such figures said to be extraterrestrial have been totted as the real McCoy. Our guests have recently returned from Peru after conducting a thorough investigation that encompass physical examination of the bodies, scrutinizing X-rays, and reviewing medical conclusions and being cast into the murky depths of the illegal black market. Barry has been a frequent on Ghost Huntes International - Free newsletter - ConspiracyJournal.com

Posted by Unknown at 5:01 PM No comments: