Screwing with the Aliens-- Rape or Uplifting Experience? 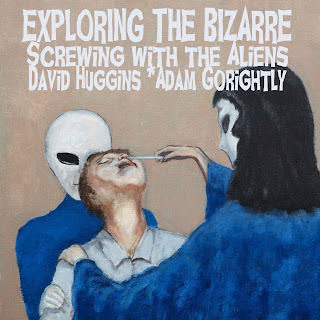 A real life Shape of Water. Hoboken artist DAVID HUGGINS tells us how he dropped his pants when he saw Crescent the space gal from another place and time. Counter cultural Prankster-Discordian ADAM GORIGHTLY poses key questions along with Exploring The Bizarre (KCORradio.com) hosts TIM BECKLEY and TIM SWARTZ who have an eye toward skepticism, but give the gray haired gentleman the benefit of the doubt when it comes to his sexy luv for the space lady he has known since he lost his virginity to her at the age of 17.  Guests also discuss history of cross breeding between the Ultra-terrestrials and humans. Some have found it an uplifting experience (pardon the pun) while others have cried rape. Its an historical fact cross breeding does apparently happen. Looks like ETs sees this as their red light district.

Posted by Unknown at 2:47 PM No comments:

See The Future, And Cross Your Fingers OK? 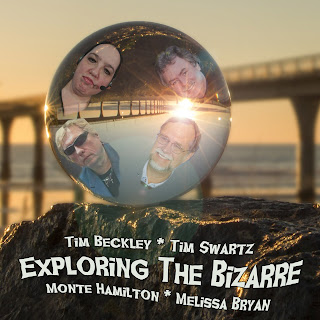 Psychics LAMONT (MONTE) HAMILTON and MELISSA BRYAN are here as this episode of Exploring the Bizarre (KCORradio) takes you into the future.  Shock paranormal jocks TIM BECKLEY and TIM SWARTZ call upon the "crystal ball" gazers to tell us what it will be like down the road, as well as reveal to the masses what has taken them "one step beyond" in their own personal lives.  Melissa is Little Feather, 16th Gr. Granddaughter of Elder White Feather of the VA Iroquois People who discovered at an early age her family's rich history of Native American heritage and links to metaphysical abilities. LaMont is a minister, Reiki master, registered Hypnotherapist who remembers having psychic experiences and Angel contacts since the age of eight. They promise to tell all! Sure thing! Free newsletter - mrufo8@hotmail.com
Posted by Unknown at 9:56 AM No comments: 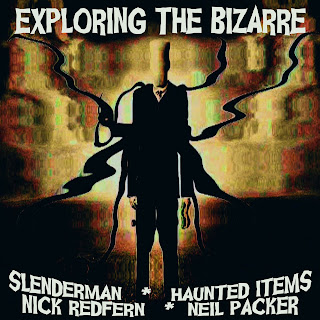 Exploring the Bizarre (KCORradio.com) guests NICK REDFERN and NEIL PACKER contend that consciousness is far more radical and complicated than we are lead to believe. And furthermore, that our most extensive thoughts can be manifested in the appearance of such 'imaginary" beings as the supposedly "fictitious" character known as Slenderman, as well as in the haunting of "ordinary" objects. Slenderman's existence began on the internet, but he didn't stay online. He may be a tulpa, a thought form that can stride out of our darkest imaginations and into reality if enough people believe in it. In 2014, two young girls almost killed a friend in the name of the Slenderman. Nick asks why? While Neil takes us on a guided tour of his "Haunted Antiques Paranormal Researcher Centre" in Hinckley, UK which houses dozens of mysterious objects that are said to have a life of their own. Two paranormal puzzles for hosts Tim Beckley and Tim R. Swartz to wonder along with what promises to be an enthralled audience. Free newsletter mrufo8@hotmail.com
Posted by Unknown at 5:56 PM No comments:

Traveling the "Twilight Zone" of Space And Time 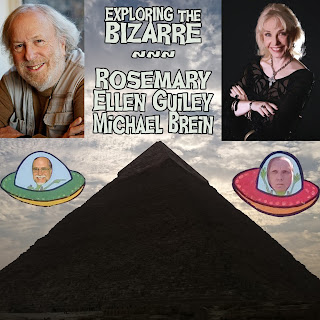 Travel guide publisher MICHAEL BREIN and paranormalist ROSEMARY ELLEN GUILEY take Exploring the Bizarre (KCORradio.com) hosts Tim Beckley and Tim Swartz on a global junket to places where you are likely to be embraced by a supernatural experience. If could be inside the Great Pyramid, or a hidden "window area" in the highlands of Scotland, or perhaps in your own state where UFOs and Bigfoot are teaming up to puzzle and bedazzle. You never quite know says Guiley and Brein when the paranormal bug will strike and lead the way to a great new adventure in your life. Their exciting new book is "The Road to Strange: UFOs, Aliens and High Strangeness" published by Visionary Living where hundreds of experiencers discuss their travel itinerary that put them into the middle of the "twilight zone." Free newsletter at mrufo8@hotmail.com
Posted by Unknown at 5:40 PM No comments: