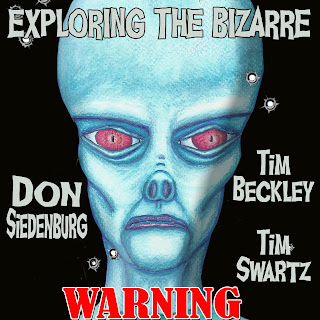 Exploring the Bizarre (KCORradio.com) hosts Tim Beckley and Tim Swartz welcome DON SIEDENBURG, one of our most unusual guests. The rumors have circulated for years that technology of some sort was retrieved from a crashed UFO, either from Roswell, or some other crash during the late 1940s. The late Col. Philip Corso claimed that he was given the responsibility to farm out a small number of unknown items taken from the Roswell UFO in order to discover what they were and how they could be reproduced. This week's guest on Exploring the Bizarre, Don Siedenburg, claims that more than electronics or hardware was retrieved from a crashed UFO. Siedenburg says that he was part of a military experiment testing an alleged extraterrestrial "food source." Don Siedenburg was 18 years old when he enlisted with the United States Army in 1954. He spent the first three weeks of his enlistment at Edwards Air Force Base in California where he participated in the testing of a food source that supposedly came from extraterrestrial sources. This is one of the few shows Don has consented to do, though he does welcome contact through Face Book and there are several of his videos "floating around" on YouTube.
Posted by Unknown at 11:27 AM No comments:

The Mythology Of UFOlogy By A Long Time Student 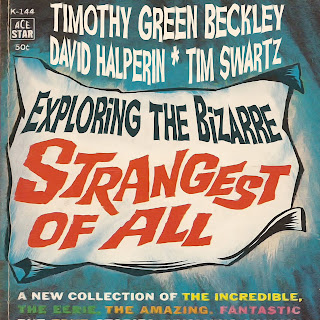 Hosts Tim Beckley and Tim Swartz welcome to Exploring The Bizarre (KCORradio.com) DAVE HALPERIN whose friendship with Beckley goes back to when they were both teenagers. In the UFO controversy, the skeptics are right about the less important point: UFOs have no physical existence. TheUFOlogists are right about the more important point: UFOs are a vitally important subject, never to be dismissed as “bunk” or “claptrap.” Attention must be paid. UFOs, like religion, are a human phenomenon. They have nothing to do with space travel or life on other planets. Back in the 1960s, David Halperin was a teenage UFOlogist. Later he became a Professor of Religious Studies at theUniversity of North Carolina at Chapel Hill, where he taught until his retirement in 2000. His specialty: religious traditions of heavenly ascent and otherworldly journeys. He is the author of five books on Jewish mysticism and messianism, and a novel, "Journal of a UFO Investigator," published in 2011 by Viking Press and translated into Spanish, Italian, and German. His non-fiction book, "Intimate Alien: The Hidden Story of the UFO," will be published next year by Stanford University Press. He blogs on UFOs, religion, and other subjects dear to his heart at www.davidhalperin.net.
Posted by Unknown at 4:51 AM No comments:

Is DOGMAN a Shape Shifter? 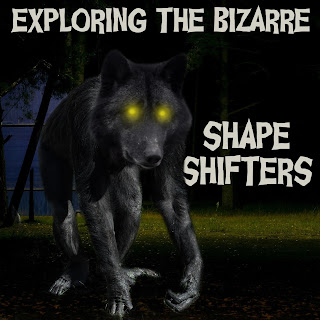 Exploring The Bizare" (KCORradio.com) hosts Tim Beckley and Tim Swarts talk with JOHN KACHUBA about: "Shedding Our Skin For Something Better." Call them Skin-Walkers, Kitsune, Rougarou, or probably the best known through Hollywood and pop culture, the Werewolf. The notion of shapeshifters, a person that can take the shape of another creature, can be traced back thousands of years, permeating various cultures and religions. Fairy tales and mythology abound with tales of shapeshifters, who, usually with the help of magical powers, could transform themselves at will. While others would take on the form of an animal against their will because they had been cursed. Even modern tales involving UFOs have their shapeshifters known as Reptilians. These creatures are believed to be a race of aliens who have infiltrated mankind with their ability to shapeshift into human form. Our guest this week, John Kachuba, says that even though the concept of shapeshifters has been with us for thousands of years, they have not been relegated to some mythological closet but are very much with us today. Shapeshifters represent the fantasy of being able to turn one’s self into something more attractive, more powerful, which is reflected in the popularity of such books as Twilight (the books and the television series), Harry Potter andThe Hunger Games. John is the author of such books as: "Ghosthunting Ohio: On the Road Again"; "Dark Entry"; and "Shapeshifters: A History." Website: johnkachuba.com

Posted by Unknown at 3:41 PM No comments: