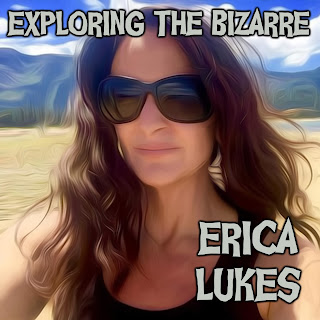 Exploring the Bizarre (KCORradio.com) hosts Tim Beckley and Tim Swartz are mesmerized by ERICA LUKES as she reveals stunning details of her ongoing research into the weird happenings taking place in the Uintah Basin. With her proximity in the state of Utah, Erica has had a persistent interest in the Skinwalker Ranch, a location of regularly reported paranormal activity, where she has witnessed unexplainable phenomena herself. Erica has assembled several decades worth of case reports of mass UFO sightings, alien abduction reports and animal mutilations from her years of field research in and around the ranch. She has studied at length the papers of the late phenomenologist Dr. Frank Salisbury of the Department of Plant Science at Utah State University. Salisbury contributed important work on UFO reports in the state with the help of "Junior" Hicks, a well-respected UFO investigator. Erica Lukes is an artist and host of her own radio show, “UFO CLASSIFIED,” heard on KCOR Digital Radio Network. Since childhood she has been fascinated with imagery of how vehicles and beings from space might appear and she pursued this interest with determination. This, coupled with her long-term interest in strange phenomena of nature, led her to take her first steps into radio in 2014 by developing her own programming and interview techniques of known figures in this topic. UFO reports became her specialty and she joined the Mutual UFO Network (MUFON) in 2014 as a field investigator. She eventually became its State Director for Utah. Within MUFON, she also became an associate producer for the MUFON Communications Team and a part of the MUFON Experiencer Research Team, having been cited for recognition of this work at both the 2014 and 2015 MUFON Symposia. Additionally, Erica was a team leader for "Project Orange," a program to study so-called "Balls of Light" phenomenon that have ramification in real world science in the form of ball lightning and other peculiar luminous phenomena. An offshoot of this was research into the luminous ball phenomena in Hessdalen, Norway where she conducted on-site research with the guidance of Hessdalen scientist Dr. Erling Strand. Hessdalen has been the site of strange luminous light ball sightings since the 1980s. http://www.ufoclassified.com/erica-lukes
Posted by Unknown at 1:19 PM 1 comment:

You Don't Stand A Ghost Of A Chance -- In Haunted Hollywood! 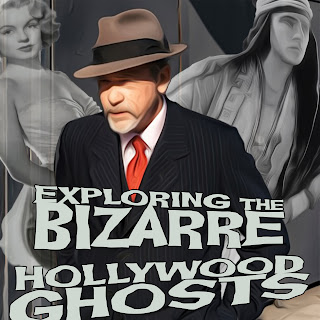 Exploring The Bizarre hosts Tim Beckley and Tim Swartz welcomes ghost hunter CRAIG OWENS who professes to have long been fascinated with Los Angeles and its forgotten or little known stories of the weird and unknown. Owen's had his own paranormal experience at the Mission Inn in Riverside, California where he witnessed a "shadow figure" that caused him to sleep with the light on for the next ten days. This experience, (and others), led to Craig's book, "Haunted By History," which is the result of three years of research with eight historic and allegedly haunted Southern California hotels along with staged photo shoots recreating the rumored apparitions. Craig also has the Facebook page “Bizarre Los Angeles,” started in 2010, which focuses on Old Hollywood personalities, forgotten tales and occasional ghost stories from around Los Angeles. This is more than just the spirits of Marilyn Monroe, Rock Hudson and Liberace -- we are dealing with. These are serious haunting that should be given serious attention, such as the spirit that Owens himself encountered in a Warner Brothers studio. Hollywood is indeed haunted! Free newsletter at mrufo8@hotmail.com
Posted by Unknown at 4:23 PM No comments: 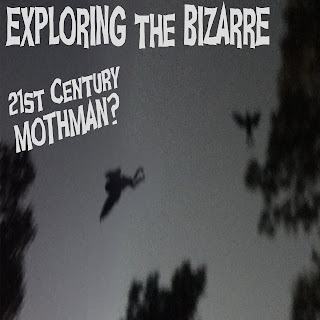 Exploring The Bizarre (KCORradio.com) hosts Tim Beckley and Tim Swartz welcome Fortean researcher and blogger TOBIAS WAYLAND.Charles Fort was more than vanishing people and fish falling from the sky as we learn. Its almost anything to do with strange and unexplainable phenomena that has stalked humankind since the beginning of time. Wayland is a passionate Fortean who started his investigative career as a MUFON field investigator, and following that he investigated independently prior to becoming the head writer and editor for the Singular Fortean Society. Tobias was featured recently in the Small Town Monsters documentary "Terror In the Skies," for his work investigating Mothman sightings around Lake Michigan. We also discuss the former NY Yankee who says he believes people have walked through time -- and thats about as Fortean as you can get!
Posted by Unknown at 8:42 AM No comments:

ATTACK OF THE ORANGE ORBS 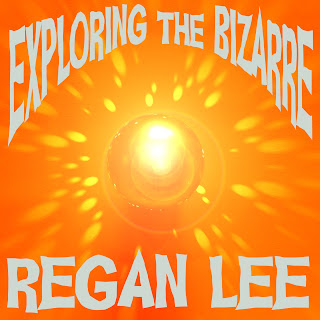 Exploring the Bizarre (http://KCORradio.com) hosts Tim Beckley and Tim Swartz welcome REGAN LEE. Strange orbs -- usually orange in color, but sometimes yellow, green or blue -- have been showing up in photos and on YouTube videos for the last couple of years in increasing numbers. Some are as small as a baseball, others could be 20-30 feet in diameter. They are NOT ball lightning or any other natural phenomena, but seem to be under intelligent control. Regan and her husband had a sighting of an orb some time back that included a period of missing time. She later had strange and frightening dreams which involved "aliens." Are these orbs spirits? Ultra-terrestrials in disguise? The conversation also gets around to reports of the female in white which some like the late contactee Dana Howard claim come from Venus, while other witnesses tie their sightings in with visions of the Virgin Mary. Google REGAN LEE to find her blogs (she has several). She has contributed to our books including "Alien Strongholds," "Mysteries of Death Valley," "Up Rainbow Hill," Free newsletter http://ConspiracyJournal.com
Posted by Unknown at 11:38 AM No comments: