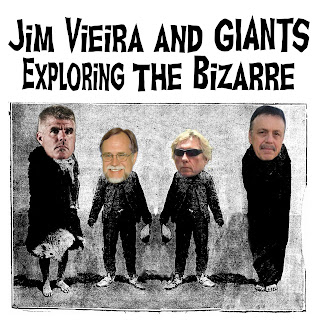 With each new discovery, scholars are beginning to understand that the history once taught in school is incomplete. Every new finding is pushing us towards the acceptance that we are not the first civilization on this planet...that there have been others who have been lost in the sands of time...existing long before our current civilizations and inhabiting all corners of the world. One persistent story is that at one time a race of giants inhabited the Earth. Ancient texts such as the Epic of Gilgamesh, the Dead Sea Scrolls Book of Giants and Indian scriptures that refer to the Daityas(giants)indicate that belief in giants was widespread. However, are these stories nothing more than myths and legends? Is there any basis of reality to these legends? Based on the fragments of evidence, traditions, and lore, we have limited knowledge of the earliest days of human civilization. It's probable that whole civilizations, some with advanced technology, have come and gone. At the very least, human culture reaches much further back in time than conventional history admits. We do have some evidence of a now extinct race of giants in the form of massive human bones uncovered, especially in the 19th century, in various locations around North America. Unfortunately, most of these giant bones have disappeared, either through negligence or possibly removed from the public eye deliberately. Our guests this week on Exploring the Bizarre are James Vieira and Dr. Greg Little. James Vieira, a stonemason by trade, has been studying ancient sites for over 20 years and was the host of the History Channel's series "Search for the Lost Giants." Dr. Greg Little has spent years researching ancient structures and earthworks and has uncovered startling evidence of high civilization that was once in what is now the Caribbean Sea. He also has some fascinating theories about the North American mound builders connection to Atlantis and the pyramids of Central and South America.
Posted by Unknown at 8:34 AM No comments:

Exploring the Shadow World and the Bridgewater Triangle 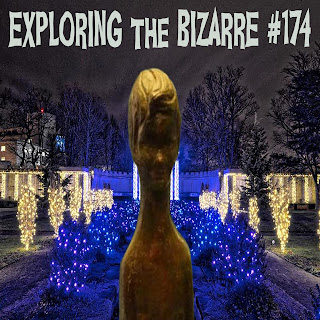 Exploring the Bizarre )KCORradio.com) hosts Tim Beckley and Tim Swartz welcome CHRISTOPHER BALZANO and RA CASTALADO as they discuss the existence of strange worlds and parallel dimensions and things that shouldn't exist BUT DO! Are there worlds, other realms that are just as real as this one, tantalizingly close, yet just out of reach? Can we push through that mysterious veil into these alternative realms to catch a glimpse of what is on the other side? Our guests discuss their own paranormal world of hauntings and mysterious places such as the Bridgewater Triangle and whats taking place inside this New England zone of mystery. Beckley also talks about his new book, "David Bowie, UFOs, Witchcraft, Cocaine and Paranormal," and his early days in rock music and witchcraft with the White Witch of New York, Walli Elmlark. Free newsletter - www.ConspiracyJournal.com
Posted by Unknown at 8:31 AM No comments: 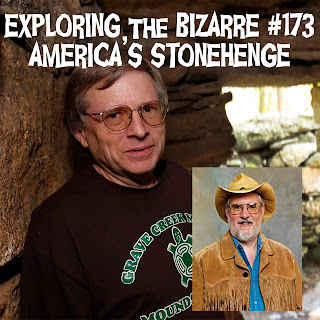 Exploring the Bizarre (KCORradio.com) hosts Tim Beckley and Tim Swartz welcome DENNIS STONE and JIM WILLS with provocative questions pertaining to our lost history. There is growing evidence that Columbus was probably the last of the Old World travelers to have "discovered" the New World...which leads to the question...who really discovered America first? There is a huge list of possible contenders: The Vikings, the Egyptians, the Polynesians, the Chinese, the Romans, and so forth. each favorite theory offers proof to back the claims up. One such intriguing claims is America's Stonehenge in Salem, NH. The site consists of mysterious, ancient rock formations, a warren of man-made caves and chambers, and stone walls whose origin and purpose has been debated among scholars and amateur sleuths for years. Free newsletter/catalog www.ConspiracyJournal.com
Posted by Unknown at 5:59 AM No comments: 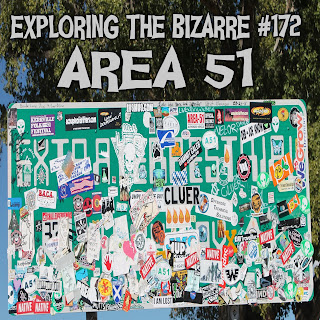 Exploring the Bizarre (KCORradio.com) hosts Tim Beckley and Tim Swartz welcome NORIO HAYAKAWA and CHRIS O' BRIEN. The UFO mystery has confounded researchers for years. In the early 1950s, many were convinced that UFOs were physical spaceships from other planets. This made sense as there were many examples of UFOs being picked up on radar and leaving physical traces behind when then landed (e.g. broken tree branches, burn marks in the grass). In the 1970s a new idea emerged from people such as Dr. Jacques Vallee, John Keel and Dr Berthold Schwarz that the UFO phenomena also has characteristics that could best be described as "paranormal." Witnesses would find themselves "haunted" by UFOs and their occupants who behaved more like ghosts, angels or even demons. Places such as the "Skinwalker Ranch" in Utah and the San Luis Valley are hotbeds of UFO activity, but other bizarre occurrences such as cryptid creatures and cattle mutilations are reported side by side with the UFOs. Norio and Chris manage to sift through all the bull and come up a contemporary picture of what UFOs may and may NOT be. Free newsletter www.ConspiracyJournal.com
Posted by Unknown at 1:34 PM No comments:

Wm Cooper, Death of a Conspiracy Salesman and Other Dark "Legends" 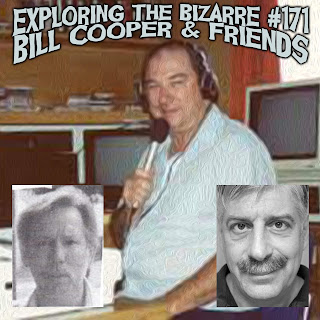 Exploring the Bizarre (KCORradio.com) hosts Tim Beckley and Tim Swart welcome MARK JACOBSON and STEPHEN ERDMANN.It was 1988 and the field of UFO research had taken a dark path with rumors of hostile alien invaders. The EBEs had entered into a secret treaty with the U.S. in exchange for alien technology. In return, the U.S. looked the other way so that aliens could kidnap and conduct unspeakable horrors on their human victims. People such as John Lear and Milton William "Bill" Cooper circulated these bizarre stories with the help of the burgeoning world wide web. Mark Jacobson, author of "Pale Horse Rider" and long time conspiracy researcher Stephen Erdman will reveal little known details about the life of conspiracy wrangler Coope, as well as other secrets and conspiracies surround the UFO mystery. Free newsletter www.ConspiracyJournal.com
Posted by Unknown at 9:04 AM No comments: