Tie Me UFO Down Sport -- Live From Australian Outback 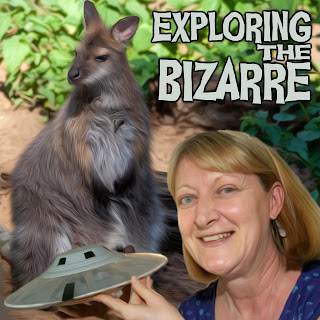 Exploring The Bizarre (KCORradio.com) hosts Tim Beckley and Tim Swartz welcomes from Australia SHERYL GOTTSHAL -- Sheryl was born in Brisbane, Australia but at an early age lived on a cattle station in country Queensland, where as a child she often looked at the stars and wondered if there was other life in the universe. In her teenage years she developed an interest in the paranormal and in 1988 she became an active UFO investigator for the Brisbane-based organisation, UFO Research Queensland (UFORQ) and has since held two terms as president for a total of 24 years. Soon after joining UFORQ, Sheryl had her own close encounter with the commonly described “grey aliens” appearing to her in her home. This was followed by the development of a serious ten year illness during which time she experienced a near death experience (NDE), out of body experiences (OBE) and other mystical, paranormal and psychic phenomena. Her quest for what was happening to her, led her on the path to shamanism and the understanding that these events were an invitation, but more importantly, an initiation into other realms populated by a variety of beings. Her personal experiences catapulted her into the world of shamanism and she now uses and teaches shamanic practices. In 1992 Sheryl also established the first close encounter support group in Brisbane after Budd Hopkins spoke in Brisbane for the first time at a conference. Sheryl is a regular writer for the Australian bi-monthly publication UFO Encounter, and the UFO Truth Magazine published in the UK by Gary Heseltine. She also co-hosts the weekly radio show Strange Encounters and co-hosts Strange Encounters Downunder zoomcasts with author and contactee, Suzy Hansen. http://uforq.asn.au/
Posted by Unknown at 2:53 PM No comments: 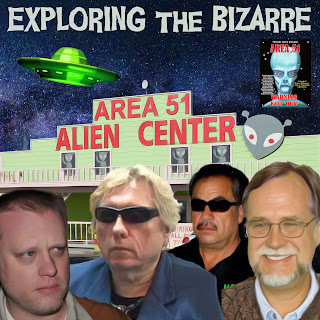 Join Exploring the Bizarre (KCORradio.com) hosts Tim Beckley and Tim Swartz as they welcome their old friend and top notch paranormal personality JOSHUA P WARREN as they discuss Josh's "time warp" experience outside Rachel, NV , as described in the just released "Area 51 Warning Keep Out!" book now up on Amazon. Headquartered in Vegas, Warren has kept abreast of UFO activity in the neighborhood describing the new tick tack videos of weird unknowns over the city. Interested folks may go to JoshuaPWarren.com and scroll down to his Curiosity Shop to take a look. On the show's hour PAUL DALE ROBERTS hooks up with us to talk about his experiences along the Extraterrestrial Highway. The well known ghost hunter is not afraid to encounter spooks or aliens. Its one huge tail gate party all over the place celebrating back engineered technology, aliens and strange aerial craft. If you can't join the celebration turn up the volume and spend the evening with us as we challenge the authorities to tell us the truth. Free newsletter www.ConspiracyJournal.com for unfair and unbalanced news.
Posted by Unknown at 4:00 PM No comments: 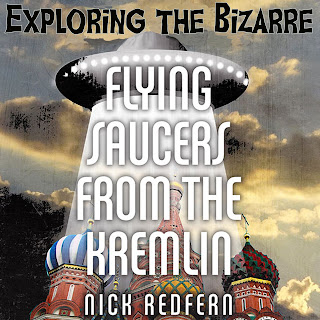 Posted by Unknown at 6:30 AM No comments:

The Most Horrific Alien Abduction Ever! 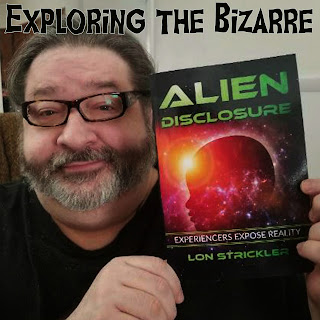 Guaranteed you will scream in shock as Exploring the Bizarre guest LON STRICKLER tells hosts Tim Beckley and Tim Swartz about he most incredible UFO encounter of all time. This is a real "Frankenstein Factory," with aliens creating clones of humans and even devouring flesh right out of a Rob Zombie movie. Ron is best known as one of America's top cryptid researchers who has followed the recent exploits of the Mothman creature into the Chicago area. A resident of Hanover, PA, at an early age, Lon realized that he had the ability to sense spiritual energy and found this useful in the field when conducting investigations. In 1981, Lon experience a Bigfoot encounter in Sykesville, MD while fishing on the south branch of the Patapsco River. As a result of the incident, he included cry ptid studies as an important part of his research. Lon is the host of the webcast Arcane Radio, heard live Friday nights at 9 PM EST. on Paranormalking.com His latest book is "Alien Disclosure: Experiencers Expose Reality." He has a free daily newsletter you can subscribe to at www.phantomsandmonsters.com
Posted by Unknown at 6:30 AM No comments:

The Ashtar Command Wants You! 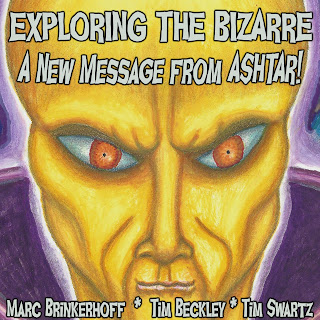 Exploring the Bizarre (KCORradio.com) hosts Tim Beckley and Tim Swartz welcome NYC contactee and UFO repeater MARC BRINKERHOFF. The Ashtar Command Wants You! Should there be a global disaster -- it is claimed man'y will be taken to a safe harbor in space! With this understanding there has been a number of telepathic communications with groups of extraterrestrials that refer to themselves as the Galactic Command, headed by an ascended being by the name of Ashtar. Marc Brinkerhoff has had a lifetime of UFO related experiences including face-to-face meetings with human-looking aliens, and the ability to go out and take photos of UFOs on a regular basis. Marc says that he is a Starseed in the form of a Conscious Channel and Walk-in. He is a self-aware Aspect from Very High Frequency Dimensional Universals of the Alsyglion Group. They are beyond the idea of spiritual masters. And although Ashtar is an Etherian, an interdimensional being, he does take on the appearance of a royal-looking human. So says Marc who describes Ashtar's appearance thusly. "His presence is trustful, commanding, confident and calming when I have met him while visiting his teaching spaceships around the Earth, he appeared in the form he had on Venus many thousands of years ago. . .Ashtar has golden blonde hair to dark golden bloonde smooth to wavy hair that falls from 4 to 8 inches past his shoulds. And although Ashtar is Nordic-looking, his massive star fleet membership consists of a multitude of forms, shapes, sizes and colors, ppresenting themselves as a united rainbow coalition of benign entities, many of whom take on physical form upon contact their "Space Channelers" in every earthly land. During the show Marc delivers a message directly from Commander Ashtar. If ask, Marc will receive (in advance) a message for the listeners of the show. /www.amazon.com/gp/product/160611994X/ref=dbs_a_def_rwt_bibl_vppi_i2
Posted by Unknown at 7:07 PM No comments:

A HAUNTING WE WILL GO -- PARANORMAL TODAY 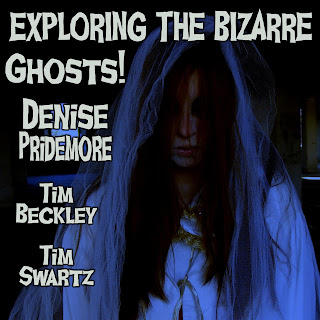 While T. Beckley takes a well deserved night off to gather the troops to storm Area 51's cafeteria, Exploring the Bizarre (KCORradio.com) host welcomes DENISE PRIDEMORE who has had a lifetime of paranormal experiences, plus she IS the co-host of the SpookShowCon held in Dekalb, Illinois. There used to be a time when researching ghosts and the paranormal was considered pretty far out there. (Though some may still think this.) Now we have television and radio shows dedicated to "ghost hunting," and books about spirits and the supernatural are more popular than ever. There are even conferences that bring those interested in the subject together to listen to speakers and even investigate nearby "haunted" locations. Denise started Pridemore Paranormal in 2009, and along with her husband, became volunteer tour guides in 2011 for the Infamous Sallie House in Atchison, KS. Due to the experiences Denise has had at the Sallie House she was asked to appear on the show Ghost Adventures where she was asked to give the crew a tour of Sallie House. That was a very interesting experience for Denise and has brought her some local and national popularity.Denise and her husband are now volunteers for the beautiful McPike Mansion in Alton, Illinois, and she is working on many paranormal projects including her weekly radio show, The Paranormal Pride (www.wbhm-db.com). -- Website: spookshowcon.com
Posted by Unknown at 9:40 AM No comments: