UFOs, Spontaneous Combustion, America Ablaze: Is The End Of The World Upon Us? 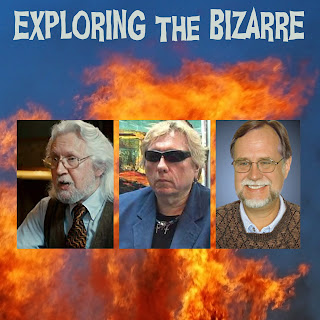 Exploring the Bizarre (KCORradio) hosts Tim Beckley and Tim Swartz welcome top notch Fortean researcher LARRY ARNOLD the nation's leading authority on spontaneous combustion and author of ABLAZE. We grill Larry (pardon the expression) about the hottest SC cases, some of which he has amassed large files on and spoken to fire departments and police who testify to the unusual nature of these events. We also delve into the Great Chicago Fire of October 8, 187l. Arnold says that Mrs O'Leary's cow was NOT responsible for the wide spread disaster, that there were fires throughout the midwest on the same day. "Clearly the initiation of nearly simultaneous blazes over diverse areas cannot be laid at the hooves of a clumsy cow," insists Arnold. In one Wisconsin town about 1500 persons died in 60 minutes -- six times the number that perished in Chicago's simultaneous holocaust. "Elsewhere, the horror of this night exploded with clockwork punctuality." Free newsletter - www.ConspiracyJournal.com
Posted by Unknown at 5:13 AM No comments:

Wicca, The Occult, Your Pet As Familiar & Rock 'N' Roll 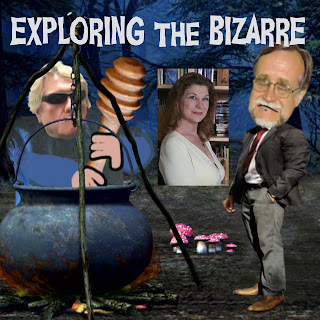 Exploring The Bizarre (KCORradio.com) hosts Tim Swartz and Tim Beckley present a double barreled show this week featuring Hungarian born shaman and psychic MARIA D' ANDREA who delves into the topic of Familiars thought to be supernatural beings that helped witches cast spells, place curses and otherwise create mischief. Familiars were considered to be malevolent and indistinguishable from demons, In her new book "Witchcraft, the Occult and How To Select a Familiar," Maria says that in addition to being your pet cat, dog, bird a Familiar can be a totem such as spirit animals, elementals, elves, fairies, leprechauns, dragons, etc. When you connect to your Familiar, they come a part of you and develope a psychic link to help you in a magickal way. Maris is a full time spiritual counselor known for her unique form of divination called "Rune Casting," a method used by Vikings and Europeans to unlock information about the past, present and future. In "Phase Two" of the show, our own TIM BECKLEY takes us on a trip back through time to the 1970s and his legendary connection with the rock music scene and the occult as music promoter and director of the New York School of Occult Arts and Sciences. He talks about his involvement with the late Walli ELmlark the White Witch of New York, who befriended such celebrity rockers as David Bowie and Marc Bolan and Robert Fripp. She is credited in Bowie's own biography as saving his life when he was tempted by demons, both of the drug variety and those from the bowels of hell. This is one of the few times Beckley has really let his long hair down to discuss his rock music roots and what went on back stage at the Fillmore East and the Academy of Music. Free newsletter - www.ConspiracyJournal.com
Posted by Unknown at 2:33 PM No comments: 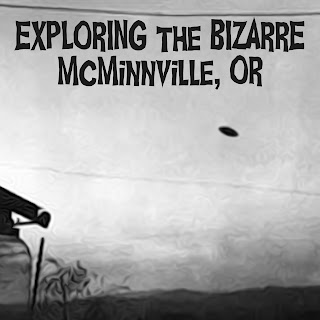 Exploring the Bizarre (KCORradio.com) hosts Tim Beckley and Tim Swartz give a hardy welcome to CATLIN POPP Assistant Historian at McMenamins Historic Hotels who breaths new insight into the famous Trent UFO photos taken in 1950 in MacMinnville, Oregon. They look "simple" in terms of modern day aviation, not the sort of craft that should be traveling across the galaxy. Some say they look like pie pans tossed into the air. Others wonder that their son was doing photographed climbing a step ladder. But the "experts" say they are for real and Ma and Pa Kent stuck by their guns up until the day they died. The MacMinnville UFO Festival is second only to Roswell and this year speakers include George Knapp and Bob Lizar. Hey believe it or not -- the photos once appeared in "Life" magazine and if their editors were impressed so should we be! Free newsletter www.ConspiracyJournal.com
Posted by Unknown at 1:12 PM No comments:

Tracking Momo The "Monster"- 3 Toed King of the Cryptids 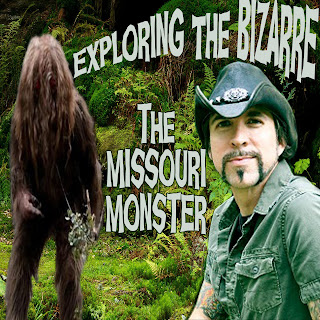 Exploring the Bizarre (KCORradio.com) hosts Tim Swartz and Tim Beckley narrowly escape the clutches of Momo the famed Missouri monster. Guest LYLE BLACKBURN has had a long fascination with legends and sightings of unknown creatures. He is the author of several acclaimed books including The Beast of Boggy Creek and Lizard Man, and most recently Momo: The Strange Case of the Missouri Monster and how the small Mississippi River town of Louisiana, Missouri found itself in the crosshairs of the unknown during the summer of 1972. It's a fast paced hour that will keep all fans of bigfoot and hairy creatures of the night on the edge of their ______ (whatever you are comfortable on watching our show). Free newsletter www.ConspiracyJournal.com
Posted by Unknown at 5:51 AM No comments: