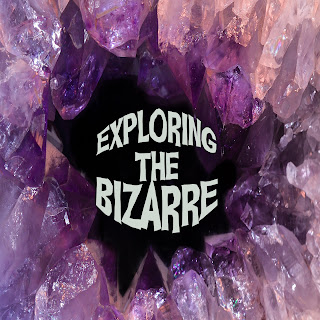 Lonesome Tim Swartz brings to "Exploring the Bizarre" (KCORradio.com) DR SHELLEY A. KAEHR who has worked with thousands of people around the world to help achieve greater peace and happiness in their lives. Considered one of the world’s leading authorities on energy healing and mind-body medicine, Dr. Kaehr is the author of numerous books, including Edgar Cayce’s Egyptian Energy Healing. Dr. Kaehr will discuss her new alien-inspired healing books, which introduces a new way of doing energy healing that is super fast and very effective. As well, she will share the story of how her book, "Binary Healing," came to her after a Close Encounter-5 event. Over the past twenty years, she has trained thousands of practitioners on several cutting edge alien-inspired healing techniques. She believes our memories are stored holographically in the Etheric fields around our bodies. By combining hypnosis with energy healing, lasting change is achieved. Dr. Kaehr is the author of such books as: "Pythagorean Healing", "Binary Healing", "Platonic Healing", "Edgar Cayce’s Egyptian Energy Healing", "Lifestream: Journey Into Past & Future Lives". Tim Beckley will return next week. Free newsletter mrufo8@hotmail.com
Posted by Unknown at 3:00 AM No comments:

"Wicked Witcraft," And The New York School Of Occult Arts And Sciences 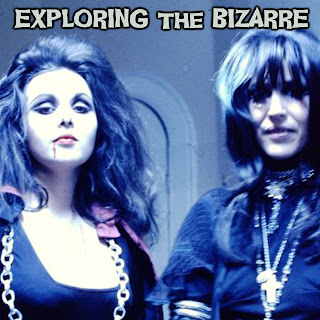 Exploring the Bizarre (KCORradio.com) hosts Tim Beckley and Tim Swartz welcome CAROLE LINDA GONZALES to our cosmic shores. In many respects this edition of the program is a retrospect of occultism in NYC in the late Sixties and Nineteen Seventies when Beckley set up one of the first metaphysical centers in the country and Carole happened to be one of his students. Classes in astral projection, how to read tarot cards ,hypnosis, mediumship and witchcraft (in particular the brand known as WICCA) were the order of the day with some of the most famous paranormalists cutting their teeth at the school. Carole first met Timothy when she would attend talks and workshops on UFOs and paranormal topics at Beckley's Metaphysical Center. It was at Beckley's Metaphysical Center where Carole first met Walli Elmlark, the White Witch of New York. In Beckley's book "David Bowie, UFOs, Witchcraft, Cocaine and Paranoia - The Occult Saga of Walli Elmlark The "Rock N' Roll Witch of New York," Carole talks about how Walli Elmlark was the first working witch she had ever met. "She was my teenaged idea of an enchantress, Carole said. "She was beautiful, magical and was part of a world I didn't know. Walli looked like the kind of woman I wanted to be. What I learned from her was the ritual structure that is the basics of magick as practiced today. It was the start of my personal practice." Carole is also interested in UFOs and has written for The Village Voice, the Isis-Seshat Journal and other publications. Our guest is a long time resident of New York city and a long time friend of Timothy Green Beckley.Carole is a practicing witch and a longtime occultist. She also manages the New York City Area JRR Tolkien & Fantasy Fans. Free newsletter www.ConspiracyJournal.com
Posted by Unknown at 3:00 AM No comments:

PROOF: THERE ARE GIANTS AMONG US! 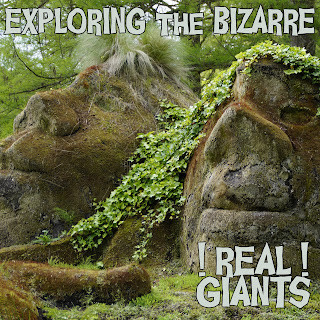 Join Exploring the Bizarre (KCORradio.com) hosts Tim Beckley and Tim Swartz as they climb the beanstalk with guest ADAM STOKES. Jack and the Beanstalk is the fairy tale that probably introduces most children to the world of giants. Ancient myths and folklore often reference giants as horrible creatures that have superhuman strength, a long lifespan, and are fond of terrorizing humans. In the Bible, the Anakites, who "come from the Nephilim," the Emites, and the Rephaites, were giants the Israelites found living in the Promised Land. Adam O. Stokes discusses the possible origins of advanced giants who settled throughout North America and whose reality is still hotly contested by most archaeologists. Adam Oliver Stokes holds degrees in religion from Duke University and Yale Divinity School. He has written on numerous subjects including biblical studies, classical studies, LDS theology and ancient American civilization particularly the phenomenon of American ceremonial mounds and giants. His book, "Perspectives on the Old Testament," was published by Cognella Press in 2018. In addition to this, his work has been featured in the Journal of the Hebrew Scriptures, the Journal of the Book of Mormon, BYU Quarterly, the Classical Outlook and Ancient American magazine.
Posted by Unknown at 3:00 AM No comments: 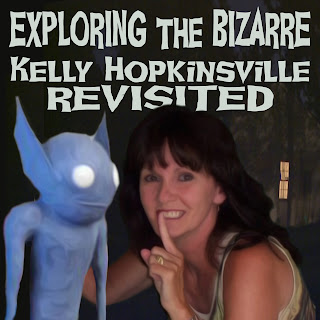 "Exploring the Bizarre" (KCORradio.com) hosts Tim Beckley and Tim Swartz welcomes GERALDINE SUTTON STITH in an historic event! 64 years ago, a rural family in Kentucky found themselves face to face with the unknown. This bizarre encounter brought the Sutton family into the bright spotlight of unwelcome media attention in which they never truly were able to escape. The Sunday of August 21, 1955 has gone down in UFO history as the night of the Kelly-Hopkinsville encounter. That night, after a UFO was seen to land behind a nearby barn, a number of strange humanoid creatures spent the night tormenting 11 people cowering in the farmhouse. This week, Geraldine Sutton Stith, will relate what it was like to grow up with the specter of the unknown hanging over her family and how, despite assertions from the skeptics, she knows that something truly frightening happened on that dark night with the family taking pot shots at the creatures who tried to enter their living quarters. This story is one of the most repeated in UFO history -- it is a real classic -- and to have someone on from the actual family is a world exclusive treat! Geraldine is the author of the books "The Kelly Green Men" and "Alien Legacy."
Posted by Unknown at 9:54 AM No comments: