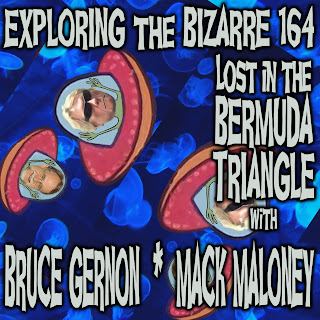 Mysterious disappearances, time slips and portals in space are among the topics Exploring the Bizarre (KCORradio.com) hosts Tim Swartz and Tim Beckley offer up as they speak with guests BRUCE GERNON AND MACK MALONEY. On December 4, 1970, Gernon was flying near Bimini when he encountered something that changed his life forever - being sucked into the Bermuda Triangle will do that to you. Maloney is the host of the Military X Files and is author of the book "UFOs In Wartime -- What They Don't Want You To Know." Together they describe some of the weirdest phenomena this side of the Hoodoo Sea. Fans of John Keel and Charles Berlitz will really dig this episode. Free newsletter at http://ConspiracyJournal.com
Posted by Unknown at 3:00 AM No comments: 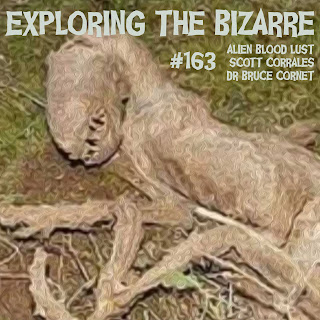 UFOlogy at its strangest as Exploring the Bizxarre (KCORradio.com) hosts Tim Beckley and Tim Swartz welcome prominent researchers SCOTT CORRALES and DR BRUCE CORNET. Corrales is best known for his involvement in Hispanic UFO research, having become interested in the phenomenon as a result of the heavy UFO activity while he lived in both Mexico and Puerto Rico. In 1995, Corrales began to document the manifestations of the entity known as the Chupacabras. He is the editor of Inexplicata, the Journal of Hispanic UFOlogy and recently contributed to the books "Screwed by the Aliens: True Sexual Encounters With ETs," "UFO Hostility and the Evil Alien Agenda," and most importantly the major source of material for "Alien Blood Lust: Are There Vampires In Space?" Dr. Bruce Cornet conducted extensive investigations concerning the Pine Bush, NY UFO Sightings. During his investigations, Dr. Cornet had his own personal experiences in which he obtained video and audio recordings of UFOs. Dr. Cornet also initiated a research project to install passive detection and monitoring devices at UFO hot spots around the U.S. Dr. Cornet has fourteen years experience in the oil industry as a senior geologist, prospect geologist, and palynologist. He has four years academic research in geology as a palynologist, paleobotanist, and wellsite geologist. He is the author or coauthor of 21 refereed scientific papers and two books, all on paleontological and/or geological subjects. He was briefly employed by the Bigalow Foundation and gives us personal insights regarding the infamous Skinwalker Ranch.
Posted by Unknown at 8:08 AM No comments: