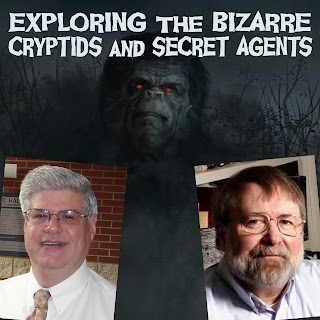 "Supreme researchers" STAN GORDON and PAUL ENO join Exploring the Bizarre (KCORradio.com) hosts Tim Beckley and Tim R. Swartz as they explore the remote rural areas of Pennsylvania where many types of unexplained phenomena have co existed since the 1970s along what is best known as Chestnut Ridge. There have been dramatic Bigfoot, Dogman, and Thunderbird sightings as well as encounters with mysterious "government" and "military" agents awash in the events which have been spread out over several decades. Stan updates the famous UFO crash at Kecksburg and reveals for the first time that a pilot might have been on board the downed craft which has been described as everything from an extraterrestrial space ship to a Nazi built flying bell. Paul reveals how in the last couple of years he has found himself mixed up in an ongoing flap which even includes the sighting of lizard and shadow people not to mention Bigfoot and low level UFO encounters. The movie "Invasion on Chestnut Ridge" produced and directed by Seth Breedlove (Small Town Monsters) and featuring Stan Gordon is also reviewed. Free newsletter mrufo8@hotmail.com
Posted by Unknown at 3:00 AM