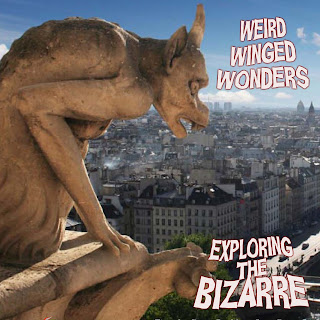 Exploring the Bizarre (KCORradio.com) hosts Tim Beckley and Tim Swartz have long known its a weird universe we live in -- much stranger than we have been lead to believe. Cryptid researcher JONATHAN WHITCOMB confirms this as he joins us to discuss his enigmatic journey around the world in search of mysterious flying creatures, exploring eyewitness encounters with the winged wonders that were thought to exist only in myths and legends. HERCULES INVICTUS discusses his Greek heritage and proclaims that the Gods of Mount Olympus are NOT dead, but have been seen hovering in the sky above the Greek Isles where he was born. They are dozens of them and they are all "super heros" to those of know and welcome their existence. Both guests have contributed to the book (on Amazon) WEIRD WINGED WONDERS compiled by Beckley's team of hand picked investigators including Brad Steiger, Allen Greenfield, Scott Corralles, Sean Casteel. Free newsletter mrufo8@hotmail.com